A module to help users stay aware of press conferences, streams, and more during major events

Events often have blocks of schedules that aren't uniformly times on the hour or half hour. They also don't typically run 24 hours a day, so there will be states when there's nothing currently going on or soon to happen.

Some events also have unique transitions. E3 regularly has press conferences from developers and publishers in the days leading up to the actual event, causing two distinct portions of content that users anticipate.

While displaying a schedule of current and future content is important for events, it needs to be balanced with the content being published and displayed. A similar consideration is how it can be added into the existing interface of the homepage without disrupting the existing visual hierarchy.

Major events are a critical part of coverage for GameSpot, meaning that most of the staff is wholly focused on creating content and other aspects of the business. The goal was to create a module that had as little overhead as possible to avoid adding extra work to any team or individual contributor.

The module focused on providing schedule information relatively soon to the user when they visit the homepage instead of trying to provide functionality to see the entire multi-day schedule in such a small format.

Along with the abbreviated schedule, a general call to action was added to allow the user to view the full schedule if they wanted to see more. Having a dedicated schedule page also helped with SEO and general usability.

The module was built to change states automatically. When the event was complete each day, the module would change over to either a recap mode or preview of the schedule for the next day.

With events like E3, major schedule changes (press conference days to show floor days) can automatically transition from one to another without involvement from anyone on the team. 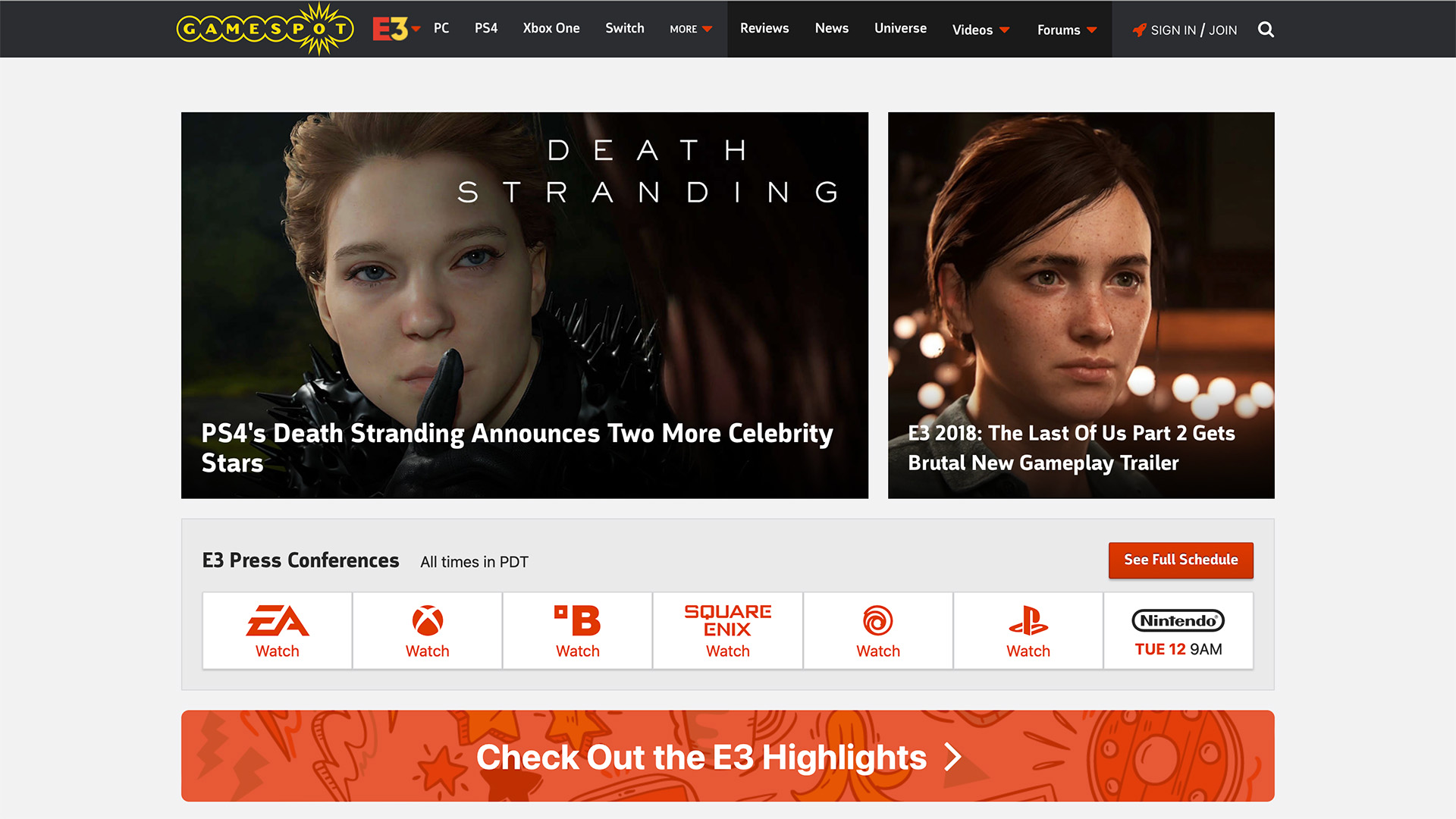